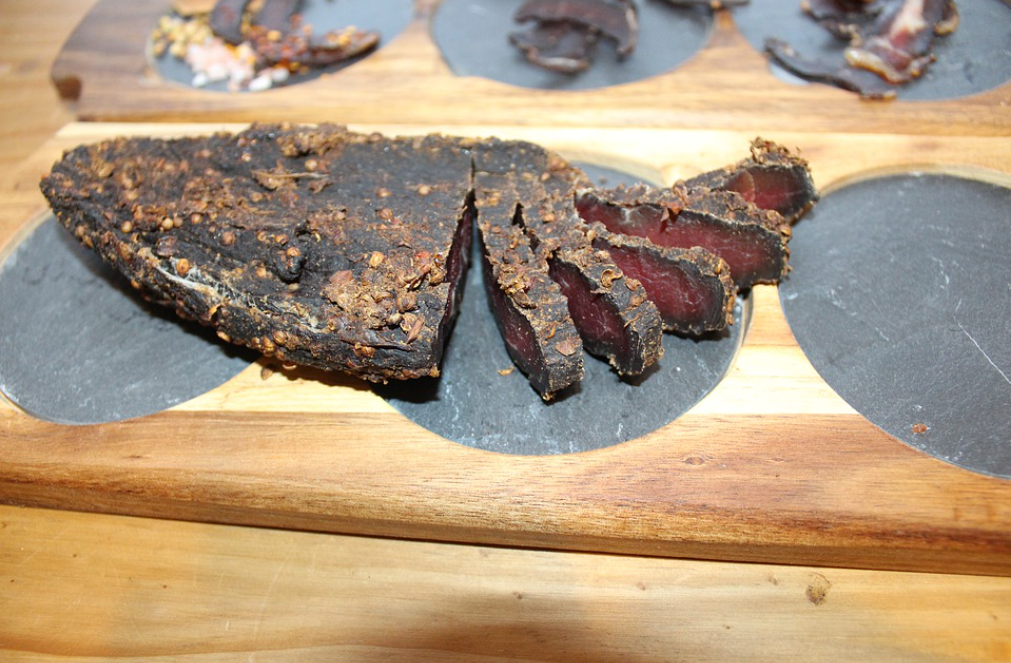 When you are dehydrating jerky, how long do you need to cure it beforehand? This is a question that many people have, and the answer can vary depending on the recipe that you are using. In this blog post, we will discuss how long to cure jerky before dehydrating, as well as some of the most common curing times. We will also provide some tips on how to make sure your jerky turns out perfectly every time!

How long to cure jerky before dehydrating? This is a question that many people have when they are looking to make their own jerky. The answer to this question depends on a few factors, such as the type of meat you are using and the thickness of the slices. Generally speaking, you will want to cure your meat for at least 24 hours before dehydrating. This will give the curing process enough time to work its magic and ensure that your jerky turns out nice and flavorful.

If you are using a leaner type of meat, such as venison, you may need to cure it for slightly longer in order to prevent it from drying out during the dehydrating process. Experimentation is key when it comes to making your own jerky, so don’t be afraid to try different curing times until you find the perfect method for your specific situation.

Another Interesting Read: How Should You Store Homemade Beef Jerky?

Salt-curing is a time-honored tradition that has been used for centuries to preserve meat. The process involves covering the meat in a layer of salt, which helps to draw out moisture and prevent the growth of bacteria. Salt-cured meat is typically then dried or smoked, which further extends its shelf life. Jerky is a popular type of salt-cured meat, and it can be made from nearly any type of meat including beef, pork, chicken, and fish. While store-bought jerky can be expensive, it is easy to make at home with just a few ingredients and a bit of patience.

To make your own salt-cured jerky, start by selecting a lean cut of meat, such as venison or flank steak. Trim away any excess fat before slicing the meat into thin strips. Next, cover the strips in a mixture of salt, sugar, and spices such as pepper and garlic powder. Allow the meat to cure in the mixture for 24 hours, then rinse off the salt mixture and pat the strips dry. Finally, dry or smoke the jerky strips until they are completely dried out.

Sugar curing is a process that has been used for centuries to preserve meat. By coating the meat with sugar, the sugar forms a barrier that prevents bacteria from growing. To make sugar-cured jerky, the meat is first coated in a mixture of sugar and salt. The meat is then placed in a dehydrator or oven and cooked until it is dry. The final product has a sweet and salty flavor that is very addictive. Sugar curing is an easy way to make your own jerky at home, and it is a great way to preserve meat for long periods of time.

Nitrate curing is a process that uses sodium nitrite to preserve the meat and give it a characteristic flavor. In order to make jerky using this method, the meat is first soaked in a brine solution for several hours. This helps to tenderize the meat and prevent it from drying out during the smoking process. Once the meat has been brined, it is coated with a curing mix containing sodium nitrite. The curing mix can also contain other ingredients such as salt, sugar, spices, and flavorings.

After the curing mix has been applied, the meat is placed in a smoker and cooked until it is dry and has reached an internal temperature of 160 degrees Fahrenheit. Nitrate curing is a simple way to make delicious jerky at home, and it is a great way to use up any leftover meat that you might have.

Smoke curing is a great way to make your own cured meats at home. It’s also a great way to add flavor to your meats. If you’re interested in trying smoke curing, there are a few things you should know. First, you’ll need to choose the right type of wood for your smoker. There are many types of wood, and each one will give your meat a different flavor. You can experiment with different woods until you find the flavor you like best.

The next step is to choose the meat you want to smoke cure. The most common type of meat used for smoke curing is pork, but you can also use beef, chicken, or fish. Cut the meat into small pieces so that it will fit in the smoker.

The final step is to cook the meat until it is dry and has reached an internal temperature of 160 degrees Fahrenheit. This process can take several hours, so you’ll need to be patient. Once the meat has been smoked, you can remove it from the smoker and enjoy your delicious cured meats.

Dry aging is the process of letting the meat sit out in the open air until it becomes hard and dry. The process can be used to cure jerky, as well as other meats.

Also Read: How To Pick The Best Cut Of Beef For Jerky

Today, dry aging is still used to preserve meat, but it is also becoming increasingly popular as a way to improve the flavor of the meat. When meat is dry-aged, it loses moisture and fat, which concentrates the flavors.

Dry aging meat at home is relatively simple, but there are a few things you need to keep in mind. First, you need to make sure that your meat is from a reputable source. Second, you need to age your meat in a cool, dry place.

Wet aging is a process of curing meats in which the meat is stored in a controlled environment at a temperature just above freezing. The process takes several weeks, during which time the enzymes in the meat break down the connective tissue, making the meat more tender and flavorful. Wet aging is typically used with tougher cuts of meat, such as steak, that benefit from longer periods of aging.

What Is The Difference Between Cured And Uncured Jerky?